Panhandlers move from street to Internet 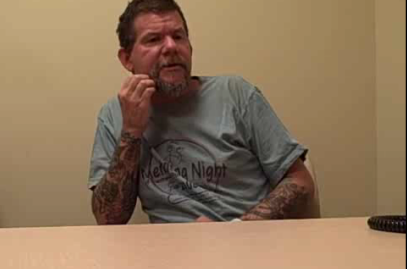 In the two years since he lost his job as a cook at an MIT fraternity house, Kevin Boudreau has learned the subtle art of how to ask strangers for money. But now, with winter approaching and an aversion to shelters, the homeless man with the grizzled goatee and skull tattoos covering both arms needs more than spare change.

So Boudreau, 42, has traded his scribbled cardboard signs for a keyboard.
In recent weeks, in an effort to acquire warm clothes, camping gear, and other necessities for living outdoors, Boudreau has posted ads on Craigslist under the heading, ``Help Me Winter in Woods.''
``I've always looked on Craigslist for odd jobs, so the idea to post a classified ad was just there,'' said Boudreau, as he demonstrated his computer savvy on a recent afternoon at a South End medical facility, one of several places, including libraries and shelters, where he logs on. ``I needed equipment.''
The novel pitch for help is part of a new phenomenon among the homeless: digital panhandling.
Some homeless people now have blogs where they seek donations. There are web forums where the homeless exchange ideas, sites where people can donate money, and bulletin boards where penniless artists and foreclosure victims ask for cash. There's even a Wikipedia entry for ``Internet begging,'' which is one of more than 3 million websites listed by a Google search of the term.
Neil J. Donovan, executive director of National Coalition for the Homeless in Washington, said he isn't surprised more homeless people are looking for help online, noting how need spurs ingenuity.
``When you've hit bottom - homelessness - every viable avenue up begins to look good and make sense,'' said Donovan, who has learned from his staff, many of whom were homeless, of the growing use of what has been also called cyber-begging and Internet panhandling. ``So in a bad economy, when you combine reduced giving through typical panhandling with computer training for homeless jobseekers, it's surprising the practice didn't start sooner. . . . Don't blame them for coming up with creative ways to tread water.''
On Homelessforums.org, thousands of people post questions and comments about everything from how to stay safe on the streets to where to camp for free. There are pleas for money on CyberBeg.com, which compares itself to a lottery, and Begslist.blogspot.com, which describes itself as a ``source for free . . . e-panhandling, online donations, debt help, finding financial resources, and a great place to ask for financial help from the kindness of others.''
The Wikipedia entry for ``Internet begging'' describes the phenomenon as the ``the online version of traditional begging'' with ``the clear advantage to street panhandling, in that it can be practiced with relative anonymity, thereby eliminating or reducing the shame and disgrace of begging in public.''
The entry says digital panhandling started to spread in 2002, when Karyn Bosnak, a laid off TV producer who was mired in $25,000 in debt as a result of a shopping addiction, created SaveKaryn.com and raised money to pay her bills. Her success led to media exposure and a book, ``Save Karyn: One Shopaholic's Journey to Debt and Back.''
Kevin Boudreau has more humble ambitions.
The son of a Woburn welder, who has lost touch with relatives and struggles with alcoholism, is just hoping for a tent, sleeping bag, a few tarps, and maybe some nonperishable food.
Local homeless advocates from the city's Emergency Shelter Commission to Rosie's Place said they have never heard of anyone posting a similar kind of ad. Craigslist officials didn't respond to questions about whether such ads are allowed on their site.
``It's unique, but I guess it shouldn't be surprising,'' said Dr. James O'Connell, president of the Boston Health Care for the Homeless Program, who has helped care for Boudreau and provided him a temporary bed at his South End medical facility. ``It always amazes me how creative people will get when they're trying to survive.''
When Boudreau began posting his ad on Craigslist early this summer, in which he asked for blankets, batteries, a radio, and ``some assistance with equipment for building shelter,'' he began receiving a mix of obnoxious e-mails and others questioning whether he was perpetrating a hoax.
``Put a blanket over your head, . . . and there you have your oven!'' wrote a man named Mark.
But over time people sent e-mails offering help, many of which he shared.
Paula Sullivan of Wrentham wrote to him, saying she had a two-room tent, cots, and other old camping supplies. Another woman sent an e-mail asking his shoe size and noted she had boots to offer. And someone else offered a small propane grill.
Richard Comeau of Haverhill, who wrote offering to help him find shelter, said in a telephone interview he may have been more open to helping because the exchange was over e-mail, rather than on the street.
``I had more time to speak to him, and it was on my own time,'' Comeau said. ``When you see someone panhandling, they're not exactly wearing a suit and tie, and you form an opinion. When they're doing it digitally, you don't form the same kind of opinion. It makes it easier to be open-minded.''
But Boudreau, who has been recovering from an assault, has yet to collect any supplies. He has written back to the dozens of people who have e-mailed him and asked for their patience. He said he won't have any place to store what he needs until he leaves the medical facility this week.
He has turned down offers to stay at shelters, he said, because he finds them more dangerous than living outside. He said he has been robbed at shelters and has found it safer to sleep on benches around City Hall Plaza.
In an ideal world, he said, he would like to get his job back as a cook at MIT's Sigma Phi Epsilon in the Back Bay, where he said he worked for 12 years until it lost its charter. The fraternity has since regained its charter, but officials there didn't return messages.
``More than anything else, I'd rather go back to work,'' he said. ``The thing is, being on the streets it's like impossible to get a job . . . but you can't find a home if you're jobless, and you can't find a job if you'rehomeless.''
David Abel can be reached at dabel@globe.com. Follow him on Twitter @davabel.